The Distribution of the Audible

Opening as part of "Undertones" exhibition in Maastricht 29. June- 24. August, is my new piece called The Distribution of the Audible. Installed in the cellars of the Minderbroedersberg.

The work is a reflection upon the role of sound in times of unrest and uproar. How is sound distributed from the government down to the individual, and how does the unified voice of the people ecco back to the places of power? Where and how is the structure of sound distributed in society? The main part of the installation consists of a custom made public address sound system constructed of discarded public speakers from various countries and organisations. The speakers, that previously were fixed outside and inside buildings, have been made portable and battery powered so they can easily be moved and displaced to new locations. The frequency of the sound from these speakers is narrow and shrill, and purposly shaped to make a human voice cut through the noise and clamour of a crowded place.

Specially for the "Undertones" exhibition, they are installed in the old monastery and prison cellars of the Minderbroeders. In what used to be places of silent repentance and reflection, the artist has created a site specific sound composition.

Another installment at the Amalie Skram School, Bergen: 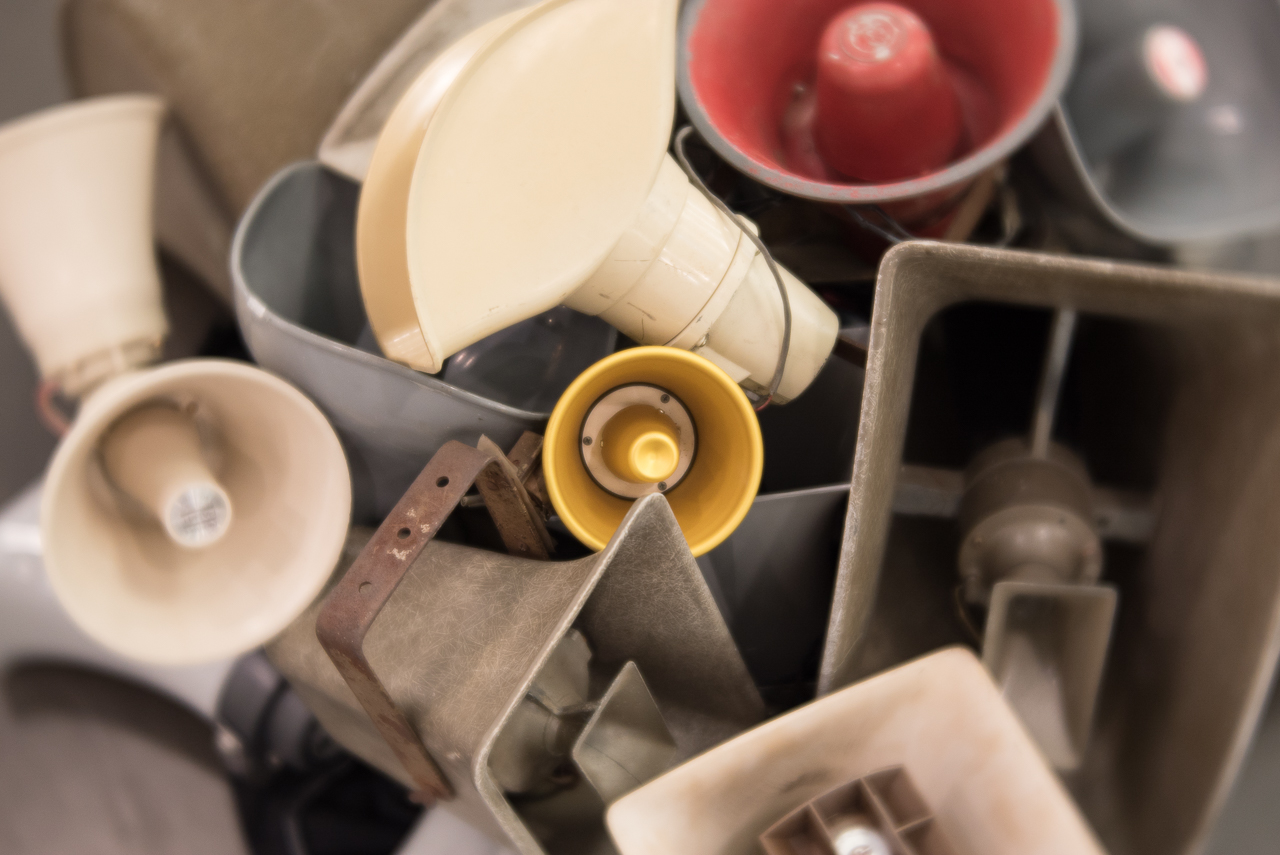 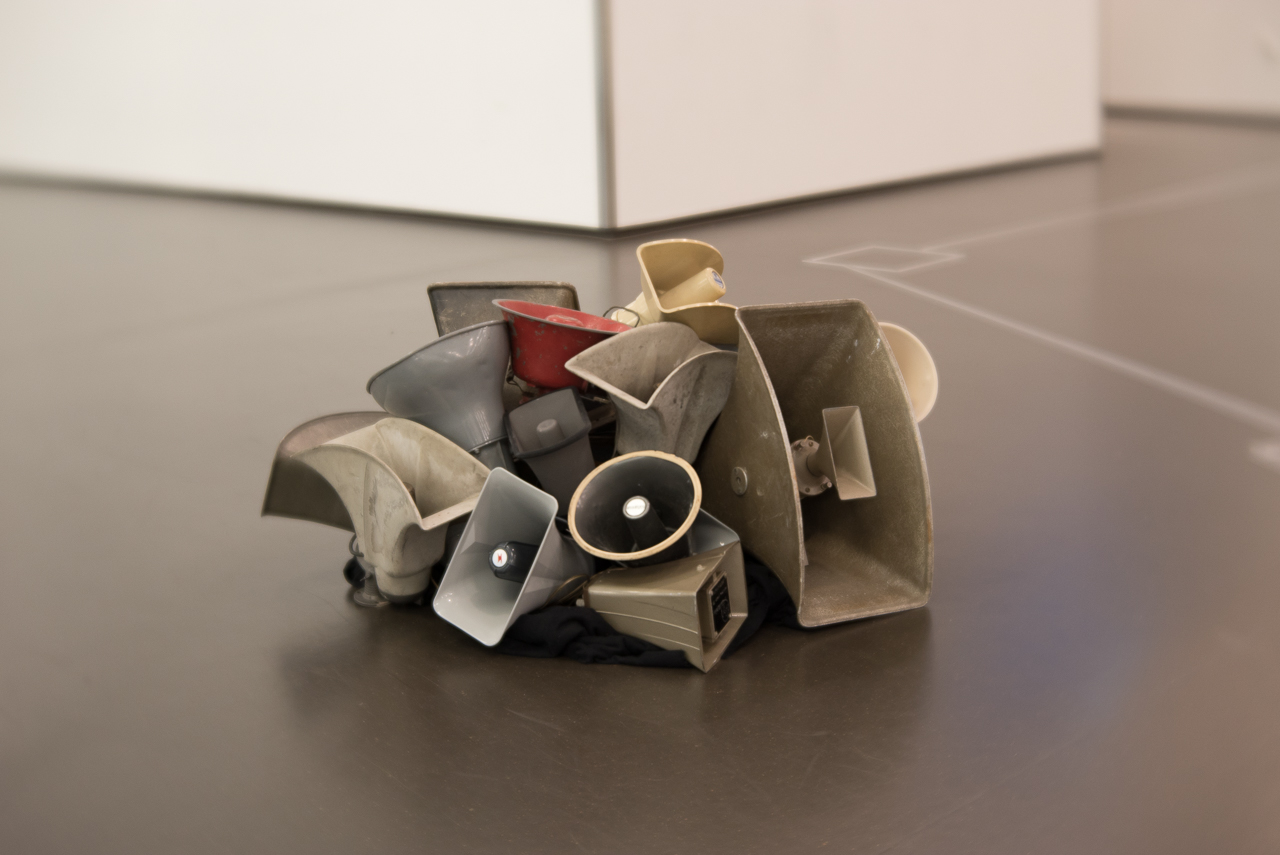